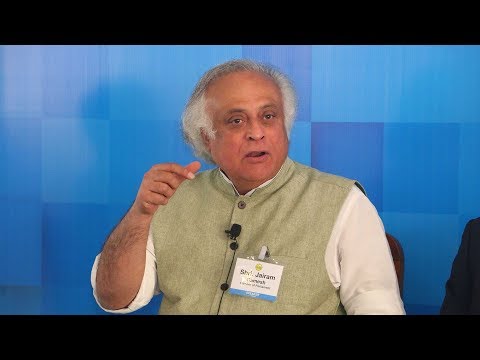 So we're gonna add 400 million people to our population in the next 30 years And I think this is something that we need to recognized and factor in into all our planning The second is that given the fact that our population is going to increase so astronomically, and given the fact that the median age of our population is not going to increase very significantly Today it's 28, and even by the middle of the century, it will be somewhere in the high 30's, still less than 40 The additions to the labor force are going to be very, very substantial

We are going to be adding at least 8 to 9 million people every year to the labor force Which means that the Indian economy has to sustain a growth of at least 75 to 8% per year for the next 25 to 30 years Over the last decade, average GDP growth, real GDP growth has averaged about 75%

And we know that that is insufficient to generate the number of jobs required, productive jobs required for a growing population And I think therefore we need to recognize that a consequence of our demographic growth is the fact that our economic growth has to be sustained at least 75 or 8% per year over the next three decades Thirdly, and this is of particular importance to renewable energy and energy planning Per capita energy consumption, even though per capita figures mask a lot of inequalities, nevertheless, it's a useful metric to take

And forth, and finally, the reality that we have to reckon with is that, and this again has great relevance for renewable energy planning, is the fact that out of, about 250 million families in our country About 50 million still are not on grid electricity They are on off-grid So you have about 50 million homes in this country that are not electrified And that in the short and immediate horizon are not going to get electricity, in economical terms from the grid