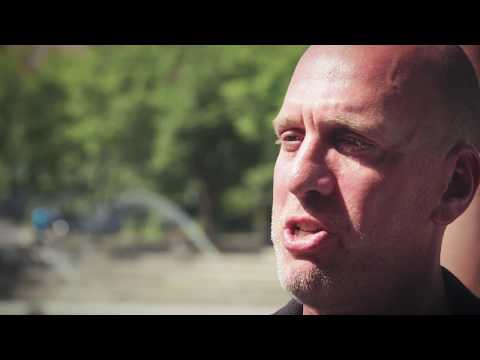 The cost of renewable energy has really come down Initially, investments in renewables were really driven by environmental policy, the need to address climate change But what's really changed now is that renewables are now the lowest cost option that we have for new power generation To give you an idea of the scale of what we've done at Greengate, we've developed a third of all the operating wind energy in Alberta That provides a clean source of power to over 200,000 homes, represents about a billion dollars of investment, so for anybody that says renewable energy is not a real business opportunity, I believe we're proof to the contrary

You know, throughout my career I've always been a bit of a disrupter I've always been much more interested in spending my time working on things that represent where we're headed in the future, as opposed to where we're at today I started a software company at the age of 24 Our software did many things, but one of the things that we did is we helped oil and gas companies manage and report their greenhouse gas emissions on an annual basis I grew up with a father who had a real love of nature and I knew the next thing I wanted to do, after I sold my software company, was to do something green, and that was really the launching pad for Greengate Power

All the bankers All the lawyers All the supporting infrastructure to really make this happen In the last 10 years, Greengate's developed the two largest operating wind energy projects in Alberta, one of which is the largest in the country, called Blackspring Ridge What we've seen is major technology improvements in renewables over the last 10 years

And this was built on a real pioneering spirit From an Alberta perspective, we've got some of the best onshore wind resources in the world Combine that with the government's ambition to bring on $10 billion worth of new renewables between now and 2030, I think that creates a massive economic opportunity for our province