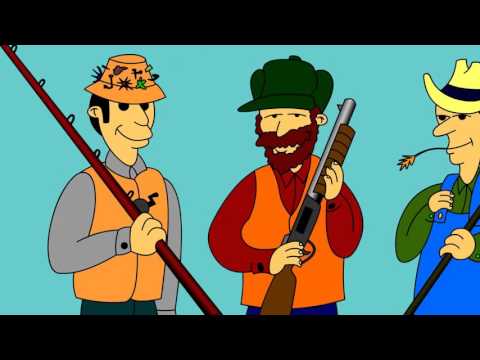 I'm here to tell you a whole new, great technology Small Power HEPP! To summarize the result; If we build a lot more small dams we can produce tons of free energy without damaging the environment! That's how it works We'il stop a stream by building a dam I've mentioned a few small dams, right? These dams are 60 meters long and 300 meters wide

Then he will send the water to the turbine to produce energy the pipe is built It's not a reservoir, it's flowing through pipes and turbines this project is called the River Type Power Plant Our dam has been prepared by thinking about the surrounding forest

most creatures don't even realize there's a dam there Some projects can take up to 16 km, or even longer, and back he leaves a beautiful dried-up stream And then we cut a few trees let's make a little road and plant a transmission line

We finally generated electricity However, on average, we can only use it a few months a year, depending on the rain and snow conditions We have fewer ice masses due to global warming, and so we cannot use this production facility at high demands Remember though; energy free! Speaking of Free, the costs of the Small Power HEPPs are very low compared to the large dams

Of course we don't take into account the environmental impact Small Power HEPPs produce low powers as predicted Besides, since we built these dams in extremely remote areas although the cost of the dam in general is still very economical All this money means new jobs

While building a dam, we bring many new jobs to your area But don't worry about working hard! We don't hire a lot of locals, and what we get is until the construction is over After construction, it controls the small dam remotely and can look at several dams we need a couple of maintenance workers I told you we saved the planet

We can't worry about cost Remember, the dams in the river type power plant projects have little impact on the environment that I mentioned It is true, but I must warn you that even small dams have a great influence Limits sediment transport, changes water temperature, affects water quality,

restricts the migration of fish and hardly changes the ecosystem Do you know the name of this fish? No? Then it's great! If we keep accumulating such deposits and heating the water you won't have to learn! Because if we keep acting like this

we will remove this friend from the list of dangerous animals because he will become extinct! Come on, everybody! How important is this to you? If you're not a fisherman, a hunter, a farmer if you're not breathing, there's no problem! Small HEPPs are clean and renewable Renewable energy is also the future Although the technology of our new HEPPs is the same as what we have done in the last 200 years Maybe this time we'il do better Already invested in this technology real renewable technologies like sun, wind, tide better than making a deposit

Don't forget what Woody Woodchuck said More small dams, more small dams Cut the trees so that we can eat more Watch the forests close and chew # More small dam for you and us # According to the US Department of Energy: By increasing the yield of existing HEPPs in Washington State and more than 2,500 MW of energy can be generated by activating non-energy-generating dams

The contribution of potential HEPPs, including minors in the province, can only be 762 MW Instead of the new dam, let's make the existing ones more efficient For more information: