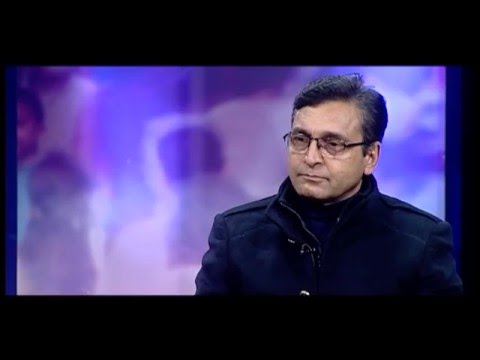 Welcome to Sajha Sawal I am Bidhya Chapagain

When will the day come when power cuts would end, electric lights would brighten every place meals would be prepared through electricity and more so, when can we see electric vehicles plying on the streets? This week's topic on Sajha Sawal is – When will the day come to brighten the country through electricity? Mr Minister, the Prime Minister in his address to the nation had announced that the power cuts would end in a year We have been hearing your opinion that the power cuts will end in two years time Why such a confusion? Can you please tell us, when actually will we be able to produce enough electricity that would end power cuts? We are not in any confusion We are clear on the fact that we will essentially make people feel the relief from power cuts in a year In another two years, we will end power cuts entirely on the basis of hydro-power We are heading forward with an aim of producing 10,000MW in the next 10 years To what extent can we believe on what the Minister is saying? It sounds very pleasing to the ears, but it's not that easy to implement

So, do you mean this is not possible? An overambitious plan? If there's will power along with the ambition then maybe it's possible to make people feel the end of power cuts in two years In Nepal, the difficult attribute is the 'willpower' and at the current speed, it's quite difficult Why did you feel like that? The plan of generating 10,000 MW electricity in ten years, 25000 MW in 20 years

We did hear about such plans earlier too And it's already been many years since we heard that Mr Minister, you've been telling in your speech that you will provide electricity to people in one or two years My question as a representative of people is, in how many years will we truly get enough electricity? In the dry season we have 300 MW; we have bought 200 MW more from India, that makes it 500 MW We have substantial grounds in completing some of the ongoing projects, in one year From those projects we can generate 250 MW and we need to complete 150 MW project on that It means now we will have 650 MW and there are 100 MW projects waiting for maintenance and repairs; all of that adds up to 750 MW of electricity

In Nepal, to develop a hydro-power project, one has to get 32 signatures from 16 to 20 departments In such a situation, rather than thinking about declaring energy crisis, if the ministry had worked for drafting a new energy policy, then in my view, within three months all those problems could be solved In regards to Energy Act, it will take two to three months

We have already started the process of drafting such act Also, in case of land acquisition restrictions, please release the limitation of 375 hectare for companies In our project which is running in Kabeli, we hold 15 hectares of land

but we haven't been able to take it to the bank because of such limitations The file is sitting at Land Reform Ministry since four months, now who would see it? If you could ease such difficulties then it would be easier for us to work If we could have constructed any hydropower projects like Kulekhani reservoir, then it could have helped during peak hours in the evening; but we were never serious about building such hydro-power projects

Why are the projects led by Nepal Electricity Authority not being completed? Please tell us, Why? Now I want to ask you [as a former official] why it hasn't been completed? It's because decision is never taken on time Decisions are not taken on time in every cases There is a blame that the Ministry of Forest tries to obstruct hydropower projects in the name of environment and forests, thus delaying the hydro-power projects Why it is so? We have already provided 1590 hectares of forest land and we have also agreed to generate 1550 MW of electricity But as an employee we cannot override the prevailing laws and policies until and unless the government releases the restrictions When will we see visible improvement? In the next one and half month we will go for implementation and in the next eight to ten days we will forward the plan We will work to solve all the investment risks, public risks, political risks, legal risks and any other problems By solving all these problems we should go via 'fast track' system and we are working towards it