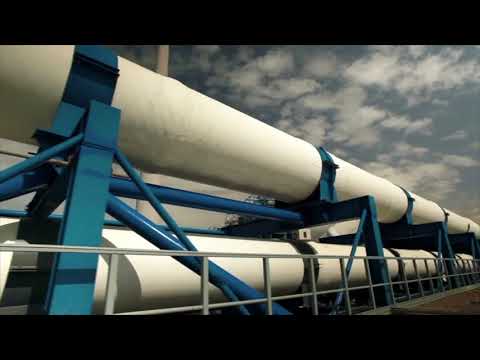 In our world, roughly one in ten people lack access to fresh water Our fossil fuels and existing aquifers are also rapidly depleting, causing an energy crisis

We need new ways to harvest cleaner energy and fresh water, and use them more efficiently The social and economic strains of growing populations in areas that lack water and energy resources include poverty, pollution, and war Renewable energy resources, such as solar and wind, are the future But sometimes, it's cloudy and the wind doesn't blow Electric grids do not have storage abilities, which means that input and demand must be continuously balanced

We believe the solution begins with engineers We plan to store renewable energy through proven pumped storage technology It uses hydropower to reduce input fluctuations on the grid In times of extra power, we store sea water high up in the mountains When we need more power, we reverse the flow to generate energy

Water from the upper lake has the pressure needed to continually supply reverse osmosis desalination and the brine can be diluted with the water flowing to the power turbines We call this system IPHROS, for Integrated Pumped Hydro Reverse Osmosis plant To build such a plant, we need high mountains near the ocean We're looking at places like Los Angeles, Chile, and Jordan at the Red Sea A plant like IPHROS could even provide power, water, and jobs to refugees of the Syrian humanitarian crisis

With the joint team of American, Jordanian and Israeli students, we are tackling this mega-engineering project