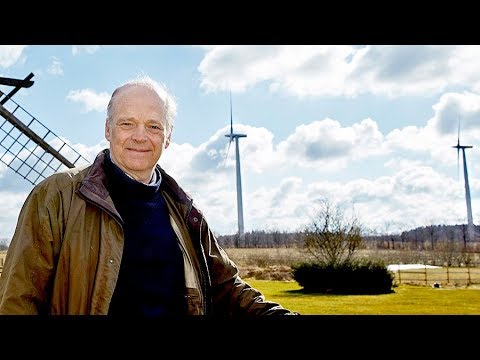 But could we use it to meet the power requirements of the entire planet? We can try A lifetime of trying began with a simple weekend trip to the seaside, taken by a father and his 12-year-old son It was a stormy day, and we wanted to watch the big waves

When we reached the dunes we really had to battle against the wind You could just lean into the wind for support, and almost fly along with it I’ve never forgotten the sheer power of it I had a feeling that it could surely be put to some kind of good use His feeling was right

From that day forward, Henrik Stiesdal, who is now 61, devoted his entire career to wind energy As an engineer He found a way of generating energy far out to sea He developed rotor blades up to 80 metres long that were formed as a single piece And he made climate-neutral energy available to everyone

But first things first… It all began on the family farm in Vildbjerg They needed a solution: the farm’s energy supply was growing increasingly expensive After the 1973 oil crisis, electricity became very expensive I was a student, and felt there had to be a radical change! We needed a windmill that would provide enough power for the entire farm! So I started to build a small experimental one After that, I built a wind turbine 3 metres in diameter, and we tested that

And finally, I built one 10 metres in diameter And that supplied almost enough energy for the whole farm This is the very first windmill I ever built It made of two boards glued together and cut into the shape of a propeller And a 1 centimetre water pipe

So you hold it in your hand like this – and you can really feel the energy of the wind These experiments made him eager to continue In 1978, Henrik Stiesdal designed his first commercial turbine It had 3 rotor blades That was far better than the conventional two they had back then

The rotor blades were positioned at the front of the tower and aimed into the wind automatically And the wind turbine also had a generator, so it could slow down in a light wind and run quickly in a strong one to achieve a maximum degree of efficiency For the wind industry, this approach was a revolution The classic designs until then had been based on propellers from the aircraft industry Henrik’s turbine with three rotor blades was far more stable and efficient – and it paved the way for the so-called "Danish concept" – the dominant concept behind the design of wind farms from the 1980s right up to the present day

The young Henrik Stiesdal kept on improving his turbines in the years that followed It was in 1991 that he finally realized a mammoth project: the construction of the world's first ever offshore wind farm in Vindeby Once again, he designed the turbines And not only that: when the quality of the rotor blades failed to live up to his standards, Henrik Stiesdal came up with an entirely new concept In the mid-1990s we had big problems with the quality of the rotor blades

At the time they consisted of two sections, glued together and the glue connection was the weak point I concluded that the only radical solution was to dispense with the adhesive bond entirely – and to cast the rotor blades in a single piece instead And here’s what his solution looks like from the inside It’s called IntegralBlade® A rotor blade made of fiberglass, formed as a single section

Up to 75 metres long, the blades sweep an area equal to two and a half football fields A true feat of engineering There are no limits to Stiesdal's ideas – onshore or offshore! Even after officially retiring, he developed the TetraSpar wind turbine platform and it’s changing the industry’s entire way of thinking yet again Conventional marine wind turbines are limited to water depths of 40 to 50 metres That's why it's so hard to build offshore wind farms in, say, California or Japan

They need floating solutions there Stiesdal’s idea is to manufacture the equipment on the coast, and then to tow it by ship to its destination There, the ballast tanks are flooded with water, making them sink So the platform is not fixed rigidly to the sea floor, but anchored using cables That saves time and money

Stiesdal estimates that these “floating wind turbines” could reduce the cost of offshore energy by up to 75 percent So – could wind energy really cover the power requirements of the entire planet? It hasn’t yet – but if it ever does, that success will largely be due to Henrik Stiesdal and his inventions