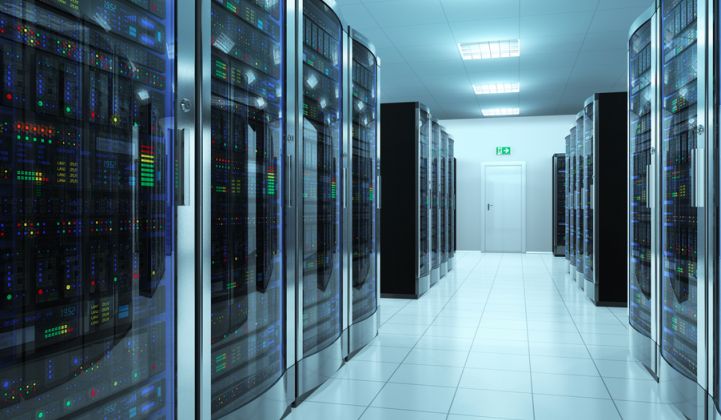 The social media company has upped its ambitions in the midst of the biggest year yet for corporate renewables.

Facebook committed Tuesday to contract renewable energy for all of its electricity consumption by 2020.

The social media giant consumes an ample amount of electricity to power its data centers around the world. The company previously committed to procuring 50 percent renewable power, and surpassed that goal ahead of schedule last year. Now it’s going to finish the job.

The announcement comes amid the busiest year ever for corporate renewables procurements. Companies have purchased nearly 3.86 gigawatts so far in 2018 across 46 deals, according to the Rocky Mountain Institute’s Business Renewables Center, which tracks such transactions.

This trend is especially popular among the titans of Silicon Valley.

Google leads with more than 3 gigawatts contracted to cover all of its data centers and offices. Apple also powers all its operations with renewable electricity. Amazon hit 50 percent renewables for its data centers in January, and Microsoft is working toward 60 percent clean energy “early in the next decade.”

Facebook requires that the renewable energy it procures come from new projects on the grid where the data center is located.

That stipulation of additionality ensures the electrons from Facebook-sponsored generators could possibly end up in its data centers, but it should not be confused with actually running data centers on entirely renewable power.

Because of this, even companies that buy renewable power equal to their annual consumption make use of whatever fossil-fueled plants keep the grid running in areas where they operate. Nobody wants to stop watching cat videos just because the sun is setting.

That practical limitation sets corporate renewables commitments apart from the bill passed in California’s Assembly Tuesday, which would actually ban carbon-emitting power from the state by 2045.

Energy storage technology can shift renewable generation and make it dispatchable, but corporate clean energy procurements have scarcely touched it. The storage industry doesn’t yet offer a market product analogous to the wind and solar power-purchase agreements popular with corporate buyers.

Companies eager to associate their brands with clean energy have stayed away from carbon-free nuclear power, which is dispatchable around the clock. Pro-nuclear activists attempted to enlist Amazon’s support in keeping nuclear plants open in Ohio, but that company declined to add nuclear to its clean energy procurement request.

Though corporate 100 percent renewable commitments elide some hard facts of grid operation, they do increase the absolute capacity of renewable generation, pushing the electricity mix in a cleaner direction.

In some markets, large corporate customers’ buying power allowed them to force utilities to offer clean energy purchase options where they didn’t previously exist. Google did this with the green tariff in North Carolina; Amazon did something similar with Dominion Energy in Virginia.

In the process, these companies exert other forms of pressure.

Amazon has used the carrot of new data center consumption to get utilities to put the associated grid upgrades in Virginia into the rate base, Bloomberg reported. That means that customers in that utility territory are forced to pay for expenses to give Amazon a competitive energy contract, in order to provide web services for customers around the globe.

Corporate renewables procurements serve many interests. They bring clean generation online and they offer utilities a rare source of load growth. The pronounced increase in these deals testifies to the number of companies that now consider renewables a cost-effective investment.